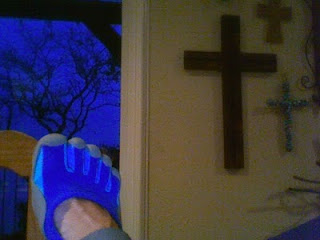 What started out as a crazy idea has morphed into an even crazier reality.

It all started when I was trying to make plans for summer vacation.  We received an invitation for a family reunion in the NW - a mere 2200 miles from where I live.  I promptly got online and began to search for airline tickets.  When my search resulted in fares that did not drop below $450.00 I decided - why not drive.  Now, I knew I did not want to attempt this on my own so I decided to recruit my sister.  Her first response, "Are you nuts!"  Well, yes a little.  Oh, I believe I forgot to mention that between the 2 of us we have 6 kids and we would need to bring them along.  And maybe I should mention that we are taking only one 8 passenger vehicle.

After a little research on my part I convinced her that this would be a great memory making adventure, we could do it for about $900.00 each and wouldn't it be fun?!  I just had to figure out how to rent a wood panel station wagon.

Once we were in agreement on going I set out to do a little planning.  Just a little, because we are driving,  we can be spontanious.  This is going to be fun.

Here I sit 2 months later,  200 plans later,  7 different driving routes later,  25 different hotel reservations made and canceled later,  KNOWING now that I am truly certifiable.  If I can not be committed for having the idea in the first place, I should be committed for spending the insane amount of time I have spent working and reworking the plan (because we will have fun DARN IT!) and if neither one of those reasons are good enough for commitment to the crazy house then when, and if,  we return from this adventure alive I will surely qualify.

So stay tuned we will keep you updated with pictures, wild stories and fun memories in the making as The Good Doctor's Wife - takes a dose of reality medicine along Route 66 and many other obscure highways.
Posted by Just ME at 2:14 PM