The title of my blog brings to mind a picture of a small child being pulled out of the toy aisle by a distraught mother at Christmas time.   There are times (right now is one of them) that I feel like this small child - my thoughts are "I don't want to do this, this was not part of MY plan, did you hear me I DON'T WANT TO DO THIS! "   This past year as been a year of "WHAT???!!" is going on? At first I tried to blame it on hormones, then I tried to blame it on my husband, then I wasn't sure what to blame it on - so a mid-life crisis, I think I need a new career - law school sounds like a good idea - process began to take over my thinking.  Slowly and quietly God began to speak, (He probably was all along) and surprisingly, I began to listen.  Not my ways, but yours Lord - became my mantra.  In the middle of the day when I am exploding out loud at life (and my children) I have to remind myself that God is in control, there is purpose it in all and I scream (sometimes silently) "God, show me your purpose, I am not sure I can take much more of this!"   In the quiet moments, those would be when I am quiet, God reminds me of that purpose.  To disciple, to raise Godly children, to instruct so that our children can be leaders, to stand above the crowd, to really set a higher standard is a lot of work. I constantly have to explain to my children that just because everyone else might be doing it doesn't make it right, just because that is the social norm we do not have to live by it, just because it has a certain rating doesn't mean that its acceptable.  We are called to a higher standard, we are called to love in a way that is not normal, we are called to show people there is joy everlasting.... as moms we are called.  Sometimes what we are called to leaves us feeling like that child in the aisle - screaming - just let me stay here in my fantasy world,  and sometimes what we are called to leaves us feeling like the mom dragging that kicking child through an aisle of onlookers (most likely shaking their heads)  - But know this, whether as a mom in the physical sense or the spiritual - YOU are called. 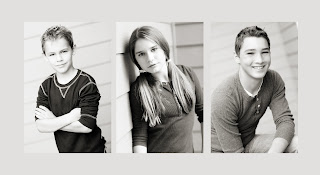